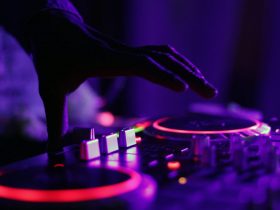 How to Use Groovy Bot – The Best Music Bot for Discord

Redstone Clock is certain circuits which send a signal forever at specific intervals. The time between the intervals can be set by the player either specifically and accurately or very roughly. Clocks are very useful for regulating mechanisms, like an automatic farm or perhaps even doors opening in an area or your server for 10 minutes every hour.

There are a number of clocks that can be used and pretty much for the same purpose, though some have a higher interval between signals which means they’re not really suited for jobs that require a lot of short-term repetition.

The other circuits could be expanded to make some longer intervals, but this will usually make those circuits unnecessarily long.

Some of the clocks are :

By using more repeaters, very long times can be set for the user’s, though there is a better option for really long clocks of 5+ mins.

PISTON CLOCK – This is another neat and controllable clock version or setup. The major advantage of this clock is that the user can turn it on and off according to convenience. By simply providing the Redstone torch with power, that torch will turn off and stop the clock from functioning or working.

The other clocks are :-

A clock circuit is a Redstone circuit that produces/ generates a  clock signal which is a pattern of pulses that repeats itself.

Clock generators are devices in which the output is toggling between on and off constantly and repeatedly. The customary name x-clock is originated and derived from half of the period length, which is also usually the pulse width.

Using only Redstone torches and wire, it is possible and enabled to create clocks as short as a 4-clock, sometimes even by exploiting glitches.

There are also special and unique circuits called “rapid pulsers”, which produce rapid pulses like a 1 Tick clock, but inconsistently due to torches burning out.

Clocks can be created long as well, but creating long clocks (more than a few ticks) can be more difficult, as adding repeaters will eventually get unwieldy. There can be a number of approaches the user can see for it.

By using redstone clocks the user can use clocks as a base to more complex and complicated circuits. One can hook up a dispenser filled with arrows and have it shoot repeatedly and continuously.

HOW TO MAKE A REDSTONE CLOCK IN MINECRAFT (METHODS)

STEP 1. In the first step, the user is required to gather his/her materials. The materials are –

STEP 2. This is the step when the building starts to get built. For building the user is required to put three blocks in a square, with two blocks to be put in between. The catch here is that one corner should be left empty or missing.

STEP 3. No one has to dig down one block on the spaces between the original three blocks put in step 2. Then, it is required to place the rest of its blocks in the holes.

STEP 4. Then the user has to place torches on the original three blocks.

STEP 5. Place the redstone dust on the blocs that you have put on the ground.

Now your redstone clock is finished and complete. The redstone should now be flashing on and off.

The user can always consider images and pictures if confused to follow the steps to be followed while building a redstone clock in Minecraft.

It’s best to learn when one does all the following above mentioned step practically. At the initial level, this may seem tiresome and a total mess but doing it will make it easier and one can get comfortable with it easily. 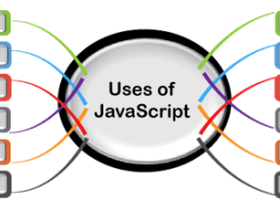