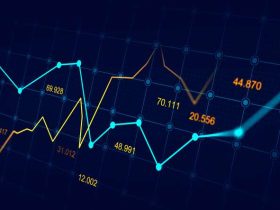 What is a Yield Curve in Bonds Trading?

According to microeconomics two goods are substitutes if both the products could be used to fulfill the same purpose by the consumers.

In other words, we can understand it by saying that the products involved happen to give the same satisfaction to the consumer. Both the goods are comparable and similar and cause the consumer to desire less of the other good if he has more of the first good.

The fact that one good is substitutable for the other has immediate economic consequences, as the demands for the two goods will be interrelated by the fact that the consumer can trade off one good for the other if it becomes advantageous when compared.

For example : Suppose there are two goods A & B , both are substitutes of each other. So if the price of “A” increases the customer tends to purchase it less and will find a replacement that will be “B” and so the demand for the product “B” will rise and vise-versa.

For example – Butter from two different producers, the manufacturer may differ but their purpose and usage is the same.

For example : Different types of pulses are substitutes of each other , tea & coffee etc.

A complementary good/service is an item which is used in conjunction with another good / service.

Usually, the complementary good/service consumed alone has little or no value , but when combined with another good/service it adds to the overall value of the offering.

A product can be said as a complement one when it shares its beneficial relationship with other offerings as well.

For example – iPhone and the apps used with it.

The combined demand nature of complementary goods leads to an interplay between the consumer need for the second product as the price of the first product fluctuates.

This is the concept of “Negative Cross Elasticity” , when the price of one product rises , the demand for the complement good falls as the consumer is rarely interested in using the complementary good/ service alone.

·        Weak Complementary Goods– These types of goods have a low cross-elasticity of demand.

For example : If the value of coffee rises in the market, it will have only a marginal impact on reducing the intake of cream by the public.

·        Strong Complementary Goods – These types of goods have high cross-elasticity of demand.

For example :If the value of petrol/diesel rises the consumption of vehicles will automatically fall.

COMPLEMENTARY GOODS – Let’s say A & B are two complementary goods , then :

·        If the quantity demanded for good C goes down then the demand for gooD rises.

What is a Yield Curve in Bonds Trading?