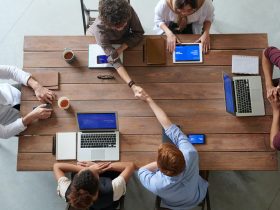 How To Successfully Grow An International Business

The pandemic prompted a surge in the use of workplace surveillance programs – and they’re not going away any time soon.

David, 23, admits that he felt a twinge of relief when the first wave of Covid-19 shut down his Arlington, Virginia, office. A recent college graduate, he was new to the job and struggled to click with his teammates. Maybe, he thought, this would be a nice break from “the face-to-face stuff”: the office politics and small talk. (His name has been changed for this story.)

“I couldn’t have been more wrong,” David says.

That’s because, within their first week of remote work, David and his team were introduced to a digital surveillance platform called Sneek.

Every minute or so, the program would capture a live photo of David and his workmates via their company laptop webcams. The ever-changing headshots were splayed across the wall of a digital conference waiting room that everyone on the team could see. Clicking on a colleague’s face would unilaterally pull them into a video call. If you were lucky enough to catch someone goofing off or picking their nose, you could forward the offending image to a team chat via Sneek’s integration with the messaging platform Slack.

According to the Sneek co-founder Del Currie, the software is meant to replicate the office. “We know lots of people will find it an invasion of privacy, we 100% get that, and it’s not the solution for those folks,” Currie says. “But there’s also lots of teams out there who are good friends and want to stay connected when they’re working together.”

For David, though, Sneek was a dealbreaker. He quit after less than three weeks on the job. “I signed up to manage their digital marketing,” he tells me, “not to Livestream my living room.”

Little did he realize that his experience was part of a wide-scale boom in worker surveillance– and one that’s poised to become a standard feature of life on the job.

Rise of the spies

Remote surveillance software like Sneek, also known as “tattleware” or “bossware”, represented something of a niche market pre-Covid. But that all changed in March 2020, as employers scrambled to pull together work-from-home policies out of thin air. In April last year, Google queries for “remote monitoring” were up 212% year-on-year; by April this year, they’d continued to surge by another 243%.

One of the major players in the industry, ActivTrak, reports that during March 2020 alone, the firm scaled up from 50 client companies to 800. Over the course of the pandemic, the company has maintained that growth, today boasting 9,000 customers – or, as it claims, more than 250,000 individual users. Time Doctor, Teramind, and Hubstaff – which, together with ActivTrak, make up the bulk of the market – have all seen similar growth from prospective customers.

These software programs give bosses a mix of options for monitoring workers’ online activity and assessing their productivity: from screenshotting employees’ screens to logging their keystrokes and tracking their browsing. But in the fast-growing bossware market, each platform potentially brings something new to the table. There’s FlexiSpy, which offers call-tapping; Spytech, which is known for mobile device access; and NetVizor, which has a remote takeover feature.

Tattleware platforms are hardly the sole culprits of expanded workplace surveillance. Employers are reportedly drawing on in-house IT departments to monitor emails for flagged phrases at an increased rate compared with before the pandemic. By receiving alerts when certain employees are discussing “recruiter” or “salary”, for example, management hopes to know when employees are looking to up sticks for greener pastures.

Big-name tech companies have also dipped their toes into the spy game, with varying degrees of success. In April 2020, Zoom quickly backtracked on a short-lived “attention tracking” setting, which alerted a call host when a participant was focused away from the meeting for more than 30 seconds. And in December, Microsoft bowed to tech experts’ outcry over the release of a “productivity score” feature for its 365 suite, which rated individuals on criteria that included email use and network connectivity; the tool no longer identifies users by name.

Despite controversy, tattleware and remote monitoring are not going away any time soon, even as employees shift back to in-house and hybrid work models.

“There’s no real sign of this trend slowing down,” says Juan Carloz, a digital researcher and privacy advocate with the University of Melbourne. “No sign of legislative change in any jurisdiction I can name, and no sign of pushback from employees, even when they’re aware of it happening.”

‘Many are all too content to let it slide’

Whether all of this amounts to corporate snooping, or just plain accountability, depends largely on which side of the fence you sit on. White-collar workers around the world have long taken it for granted that their emails are monitored on the job; warehouses, offices, and shops, meanwhile, are regularly monitored by CCTV.

The statistics seem to bear out that we are inured to the idea of some layer of surveillance built into our professional lives. In a recent survey, nearly three-quarters of workers said their productivity wouldn’t be affected even if they knew their employer was monitoring them.

And while the jury’s still out on whether there’s any benefit to remote monitoring, Elizabeth Lyons, an associate professor of management at the University of California San Diego, is willing to play devil’s advocate.

“A study we conducted found people doing data collection work out of the office were more productive when they were made aware they were being monitored, compared to their colleagues who weren’t told they were being tracked,” says Lyons. Surveillance even increased worker satisfaction, she adds, noting that remote employees appreciate signals that their performance is integral to the organization.

Yet Lyons acknowledges that when monitoring becomes overbearing, employee morale will take a hit.

“In other studies we’ve looked at, the workers were essentially saying, ‘If the manager is going to watch everything I do, then I’m not going to do anything above and beyond what they expect of me,’” says Lyons.

Then there’s the question of privacy. Carloz, the digital researcher, is concerned that the boom in tattleware has tipped the scales too heavily in favor of the employer.

“Prior to the pandemic, the line between work and play was [clearer] – surveillance, in other words, stopped at the door,” says Carloz.

But the rise of tattleware changes the game. If an employee uses a spy-enabled, work-sponsored computer outside of hours, their employer could easily access their personal data, down to internet banking passwords and Facebook messages.

Carloz concedes that most employers are probably not interested in collecting their workers’ personal information. They want to know what websites employees are on, and what tasks they’re dividing their time on, during the workday. However, if a boss does feel like snooping around off-hours, Carloz points out, there are “essentially no legal protections afforded to [those employees] in most western nations”.

“But since, rightly or wrongly, [surveillance software] is being framed as a trade-off for remote work, many are all too content to let it slide,” says Carloz.

Which brings us back to David. In the weeks after boldly departing his first post-college job, the young digital marketer secured a post with a new, Sneek-free firm. He says he’s much happier for it.

“But one of the first things they asked me to do was sign up for Hubstaff,” he laughs. 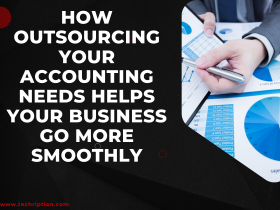 How To Successfully Grow An International Business 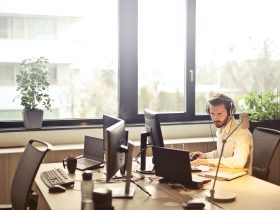