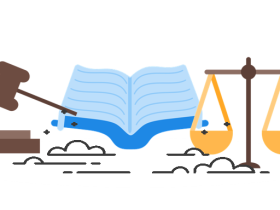 What is the purpose of LEI?

A Trademark Opposition is defined as an objection filed by third parties, against the registration of a trademark within 4 months of the advertisement of the trademark to be opposed.

The case can be filed by any person,natural or legal, with the registry.

This is to be noted that it is not important that the person filing the opposition need not have any commercial interest in the matter or a prior registered trademark in the Registry.

The Procedure of Filing an Opposition

·        Filling of Evidence in support of opposition.

·        Filling of Evidence in support of counter-statement.

Grounds Under Which an Opposition Maybe Filed

·        If the mark contains matter and elements which are likely to hurt the religious sentiments of any class,community,section of people.

·        If the trademark is likely to deceive or cheat the public or cause chaos and confusion among the public and society.

·        If the mark is lacking or is devoid of any distinctive characteristics or includes indications which may serve in trade to designate quality, quantity, intended purposes, values, geographical origin, or the time and place of production.

Where to File The Notice of Opposition in India?

The notice of opposition is to be filed at the trademark registry where the application for the conflicting mark has been filed.

For example – If the application is filed at the Mumbai office of the Trade Mark Registry, then the opposition proceedings are bound to initiate in Mumbai only.

Publication of  Trademark Application For Opposition

Right after your trademark application has been reviewed and approved by an examining attorney, the mark will be published for opposition, and the trademark opposition period commences.

Trademark Period – It is the period of thirty days when anyone with a real interest in the proceeding can oppose the trademark from being registered.

The mark which is published is published in the Original Gazetteer,an online platform of USPTO publication that has/contains all of the trademarks that have been published for opposition.

With over 4-4.5 million existing trademarks on the ,major registry that is THE FEDERAL REGISTRY, at times a trademark opposition is going to be inevitable.

Here are some good ways to cope up with such opposition –

·        The best way to avoid it is A COMPREHENSIVE RESEARCH  before one evn files their trademark application.

·        Use of a specialist to tell how to cope up with the situation and to minimise the risk.

·        During the time when the Trademark Trial and Appeal board allows limited discovery and parties,the attorney should be asking for information that will help the person build their defense.

Several months later the TTAB will issue its decision. If the person is unhappy with the decision, the person may appeal the decisions to the Federal Circuit or even to a district court with jurisdiction over the concerned matter.

Key Elements Incase of Responding to a Trademark Opposition

It is up to the TTab always to set the relevant and acceptable dates for each part of the proceedings but typically and mostly, the defendant has a 40 days period from the date of filing the Notice Of Opposition to file a formal answer with the TTAB. There are cases when TTAB grants extension of time to answer if the defendant can give and justify it with a good cause.

In the case when the defendant is not able to respond to a notice of opposition,he/she is likely to receive a Notice Of Default,which means that because of your inactivity, the TTAB has issued a ruling favourable to the party who has filed the Opposition.

This default judgement is way more serious and binds all the against future trademark applications.

Things to Keep in Mind While Filing Answer to Opposition

·        Read the complaint very carefully and make an honest and true assessment.

·        Take help of a trademark litigation attorney for making an assessment.

·        Prepare a strong argument of why the opposition is incorrect with the notice issued by them.

·        Submit an answer to the complaint which satisfies the procedural rules of the TTAB , and addresses the substantive arguments set in fourth of the complaint.

·        Each paragraph in the complaint must be seen and addressed separately and should typically entail either denying or admitting to the facts contained in each respective paragraph. What is the purpose of LEI?