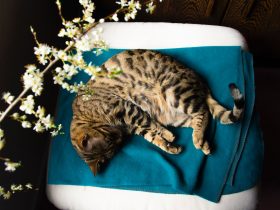 Electric sleep: the gadgetry tracking and hacking the way we rest

With large-scale technology and PC building becoming all the rage, servers and computer components have shot up in price, as well as quality. This makes the performance of the best servers incredibly desirable — but attached to a heavy price point.

Having had the unfortunate experience of several lockdowns nationwide, many servers that were newly bought were put out of use. As a result, most users of these larger servers took to putting them on the second-hand market as soon as possible, hoping to save their money.

Through situations like this, servers that have been barely used and have a long life ahead are up for sale at incredibly reduced prices, with no compromise on the quality of the server’s performance.

What is a refurbished server?

A refurbished server is a server that has been purchased at a retail price but has now been put up for resale on a second-hand retailer website due to the owner no longer needing it.

The refurbishment restores the server to its original quality as if it were just out of the box. As a result, refurbishment allows customers to buy high-end servers for less than the retail price.

What kind of refurbished servers are available?

There are many types of refurbished servers available to purchase. Whether you want servers from a specific manufacturer like Dell or HP, or servers with a high number of CPU cores, there’s bound to be something for you.

Almost every type of server is available refurbished, with no defects or any performance or functionality issues. If you are looking for a specific kind of controller, be it SAS or SATA, it can most likely be found via trusted second-hand retailers.

Most retailers will have a warranty policy in place so if anything happened you are covered, giving you complete peace of mind.

What is the difference between refurbished and Grade B servers?

Grading for second-hand servers can sometimes be on a cosmetic basis, and that is why some servers may be marked as Grade B and not just ‘refurbished’. However, all second-hand retailers will thoroughly check and test any server that they sell.

Refurbished will mean that the server is fully working and in good cosmetic condition, with a chance of light scratches or other very minor details.

Refurbished servers in the grade B category are also fully functional but may be more heavily marked. This damage normally comprises dents, paint chips, or heavier scratches – none of which will affect the server’s performance.

Where can you find refurbished servers?

Refurbished servers can be found on most online second-hand retailer websites, and some technology stores also sell them in person. If you have servers that you no longer need and would like to sell, this can also be done via these websites and stores.

Not only are they the same quality as a new server, but they also come with a much lower price tag, making it that little bit lighter on your pocket! 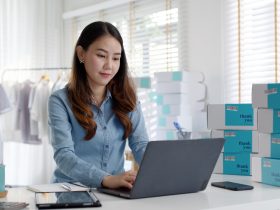