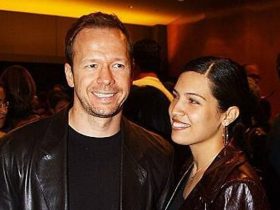 In past times Women bodybuilders weren’t as popular as the male ones. But today in this modern world both male and female have shown some amazing results in the field of bodybuilders, fitness trainers and models.

It’s surprising but few females have really raised the eyebrows , including BAKHAR NABIEVA.

Bakhar is a girl of young age who has now become a worldwide famous fitness expert, bodybuilder, and model. She has risen to prominence in recent years, thanks to her stunning body for which she earned the title of “MISS IRON BIM”.

With an amazing social media influence and popularity, she continues to grow her followers with high speed each day.

By seeing her determination and dedication it is assured that she is not stopping in near future.

Bakhar is a weightlifting powerhouse of strength and aesthetics.

She is famous for her physique and legs which took years of dedication and hard work.

Bakhar began her workout and training session in school. She was initially a girl with skinny legs for which she was trolled a lot. This is when Bakhar decided to do something and in the process started going to a gym and without any training knowledge or previous experience, she hit the weights hard.

In the start, she never counted sets or reps, she only did what felt natural and worked on the areas she wanted to grow, she had no real idea on how to create an exercise routine.

Bakhar then started to read bodybuilding magazines and began to learn how to work her muscles correctly. She worked hard and was determined to shape her body which she finally did and this became a turning point in her life.

Bakhar had no idea of what she was going to do in her future.

She never planned to compete professionally, although she has competed in bikini fitness categories. She feels in order to compete, the diets are too strict and little energy foods such as carbs, and the training is intense in a carb depleted state. For Bakhar, this is not something she prefers to do and this does not include fun.

Bakhar’s training is tough at first look but quite simple if one understands that she focuses on the muscle groups mostly and that to which she likes the most(her hamstrings, glutes, and quads).

The main exercise that she is mainly interested in includes squats, leg press, and leg extension. With a lot of isolation for the hamstrings, which has given her the legs she’s always desired.

Currently Bakhrais totally focusing on her online platform especially her Instagram profile, which is mainly what she does for a living.

For now she has about 2.5 million followers and she keeps on attracting traffic to her profile by posting provocative and attractive pictures of her body and workout.

She also posts many diet and workout videos on her youtube profile which is also widely loved and appreciated. Currently she has about 17,000 subscribers.

Her videos have been viewed more than 1.2 million times,which has also contributed to her wealth.

She has also been featured in a number of magazines, including the Daily Star, with whom she conducted an interview about her life before becoming a fitness model.

These all have only further increased her popularity and net worth.

Well, she hasn’t been much open when it comes to her personal life.

Through rumours and sources it is known that currently Bakhrais single and wishes to stay the same for now as she is totally focused and determined to build her own career and achieve heights.

Due to her look which is not so common, some people have questioned and still in confusion ,if she is a transgender, but the answer is no.

She just uses some steroids which have got her hormones a bit mixed, but she is born female and stays female.

Many regard her as beautiful.

From launching her career till today , no doubt Bakhrahas not only earned fame but also a good net worth of herself.

This value is expected to grow with the coming years as Bakhrais constantly working hard to build a more successful career.

With a body like hers, it is quite obvious that her fans are quite inquisitive with the details of her body measurement.

Well her perfectly maintained and athletic look gives her a distinct difference from every other model.

She has dark brown hair and beautiful dark brown eyes which attract many.

In truth, Bakhrais no normal regular model. She has now become inspiration for many young girls as well as boys.

Her dedication and hard work is what attracts people the most. 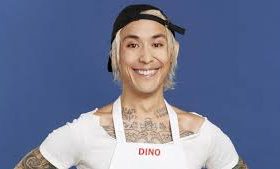